Saving Social Security: Both the program and the larger concept of SOCIAL security.


My friend, Ben Rich, wrote the following comment on a post that I shared about Social Security:

You are right, Ben. We really need to come at this problem from both ends. Workers used to have pensions; after working for forty years for a company, they had expectation of a modest pension and their Social Security. In other words, part of what might have been their "pay" went into company pensions and another part of their pay went into Social Security. CEO's made ten to fifteen times what an ordinary worker made.

Then, in the late 70's-early 80's, everything changed. People who had worked their way through the company from the stock room to the board room became irrelevant because knowledge of the particular business was supplanted by knowledge of "business," and rather than spending forty years with a company, top level executives could move from running a cardboard box manufacturer to a soda company to a pharmaceutical company without any knowledge of that particular business. More importantly, those changes were made more and more often so that the "boss" had no real familiarity with the company or its personnel. Employee loyalty was no longer valued, and the perks that helped to engender that loyalty, like pensions, health benefits, etc. were rapidly eliminated.

As a result, companies immediately had much more profit and fewer responsibilities to the employee. Rather than sharing this largesse with the workers, that increased wealth went to the management and stockholders. Then, under Reagan, corporate mergers, creative bookkeeping, and contract breaking under Chapter 11 bankruptcies, tax havens, drastically lower tax rates for corporations and the wealthy allowed even further erosion of income for the middle class and the working poor.

The so-called "market" has become a rigged game that has nothing to do with Adam Smith's conception of capitalism. Those at the top agree to give themselves an ever larger share of the pie while reducing everyone else's share, and they pay politicians to grease the wheels for this unjustified transfer of wealth.

The cap on Social Security at barely over $100,000 dollars has the average worker pay a significant percentage of their income into the pool while the truly wealthy pay a pittance in comparison. Furthermore, those who make much of their income from investments pay a much lower tax rate than those who do the work of this country. At present, companies are rewarded for outsourcing jobs or downsizing, when "downsizing" merely means those who are left do much more work for the same or less pay.

We need a real movement to regulate financial markets, make boards and CEO's responsible to both stockholders and employees, get unlimited anonymous money out of politics, make corporations and industries responsible for the actual damage that they do to the environment and prevent that damage from continuing, and drastically strengthen the social safety net for children, workers, retirees, the infirm, and the downtrodden. We need to stabilize the banking and financial industries so that fraud and foul play cannot jeopardize a lifetime of savings in one quick downturn. We need to control medical costs so that one illness cannot destroy a lifetime of savings. We need to have a fair wage so that people can even begin to accrue a lifetime of savings.

The irony and the tragedy of our current state of affairs is that we were on a hundred year run toward realizing these progressive ideals when we were train-wrecked thirty years ago by uncontrolled greed. We can set the train back on the tracks, but first, we have to realize that it has actually jumped the tracks. The current powers that be are doing their utmost to convince those of us on the train that despite all these bumps and crashes we are still on the tracks. A vast majority, of course, realize that the profiteers and exploiters are wrong, but we are not yet convinced that it is within our means to right ourselves. It is within our means to set things back on the correct, progressive path, but the longer we wait, the harder it will be.

Posted by Tim McMullen at 9:28 PM No comments:

Honoring OUR Veterans on Veterans' Day 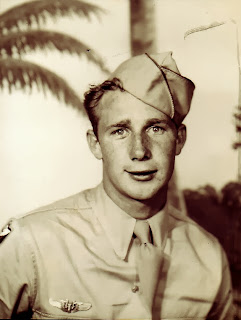 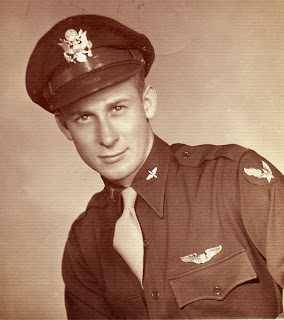 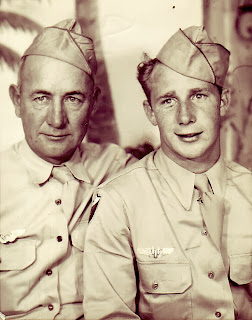 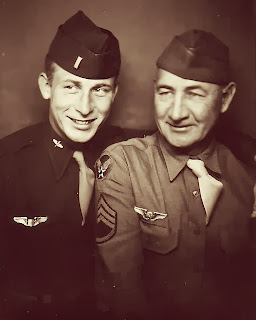 Mel and Jim with their father, our grandfather, James McMullen, WWI veteran. 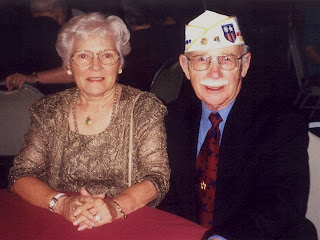 Today, and everyday, we honor you, not merely for your military service, but for being who you are and for helping to make us who we are. Thank you!
Posted by Tim McMullen at 11:45 AM No comments: