Some Observations from the Hopeful Cynic 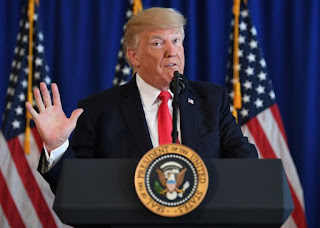 As Americans, we have to recognize and accept that the tragic absurdity of Duh Furor's failed presidency is our own self-inflicted wound! WE DID THIS!
Every person who spread false equivalencies or "but what abouts"; every person who chose not to vote or who voted for some third party candidate who they knew could never win; every Democrat, Progressive, or Independent who turned their back on the DNC and Clinton in the general election because they supported Sanders in the primary; every person who allowed the bogus Republican and Russian propaganda of thirty years of Clinton bashing, false Benghazi analysis and generally, innocuous e-mails to be judged a greater moral failure than BLATANT lying, racism, sexism, xenophobia, violence and sexual assault, ignorance, and narcissistic psychopathy; every one of these groups and every one of these individuals OWN THIS INCREDIBLE HISTORICAL FAILURE!
Those of us who don't fall into any of those groups, someone like me or perhaps you, for instance, even though I tried to engage on social media; even though I warned my friends of the possible disaster of their apathy, indifference, or misplaced passion; even though I contributed to Sanders, then to Clinton and to a number of organizations and individual candidates across the country; I, nevertheless, let too many of those absurd racist, sexist, xenophobic, hate-filled, lying memes and diatribes against Obama and Clinton go unanswered because I was just too tired, or fed up, or disheartened, or frustrated to constantly engage, or because I assumed that that kind of mind-boggling irrationality and self-delusion could not represent the majority or Americans.
I was correct, of course, it was NOT the majority of those who voted—Clinton won the popular vote by the most overwhelming margin in history for a losing candidate, but a majority of people in a great majority of states made this choice, either by not voting, by voting for some absurd third party candidate, by voting for Duh Furor, or by not working hard enough to counter this wave of Republican sociopathy that has been brewing in the minds of such vicious moral failures as Ronald Reagan, Newt Gingrich, Grover Norguist, Arthur Laffer, Paul Ryan, Jeff Sessions, James Inhofe, Steve King, Rand Paul, Louis Gohmert, Michelle Bachmann, Sarah Palin, Breitbart and Bannon, Roger Ailes, Rupert Murdoch, FOX, Clear Channel, Alex Jones, et al for decades.
We let them win. We handed them a young, ultra-right Supreme Court with lifetime appointments. We have given them the tools to dismantle 100 years of social and moral progress. We have let them rig the system, state by state, against workers, voters, and against individuals in favor of corporations and the oligarchs.

It may well take us decades to end the voter suppression and gerrymandering; it may well take us decades to end the state and national promotion of bigotry and racism and sexism in political platforms and laws; it may well take decades to counter the irrational stranglehold that the NRA, the arms manufacturers, and gun culture have on our personal and communal safety; it may well take decades to eventually restore rational dialogue and compromise to the political and social milieu. That's right. It well might. But it took us decades to let them bring us to this point.
The irony, of course, is that if we are ever going to counter any of these tragically negative trends in this country, we must begin NOW! And we must not stop until every one of these failures has been righted. Despite this tragic downturn, it might still be possible to make America great again. It will take a radical reversal of so much that is now in motion, but I remain, as ever, yours truly, The Hopeful Cynic.
"The Greatest Threat to Democracy is Hypocrisy! Seek Truth! Speak Truth!"
Tim McMullen
Posted by Tim McMullen at 4:21 PM 2 comments: